Version 4.2 makes a general approach to drill down. To link two widgets we have to specify : 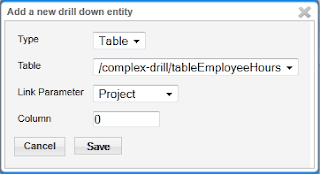 Drill-down entities will be seen as in previously versions inside a table, where column exists only if parent widget is a table report:

In this example we have a chart with two levels of drill down, first level is a table and second level is a chart.  This will be seen inside dashboard as passing through following widgets : 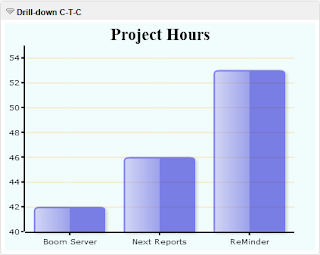 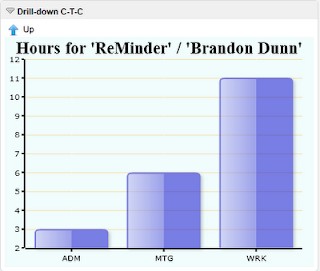