When NextReports Server started its existence, users were able to upload reports and charts using server actions. This means:
After some versions, NextReports  Designer was able to allow publishing to server:
Starting with version 5.1 a server action will allow to edit a report / chart with the designer:
To allow this, a nextreports protocol is registered when NextReports Designer is installed. If this protocol is found, server edit action will open the designer asking for current logged user password: 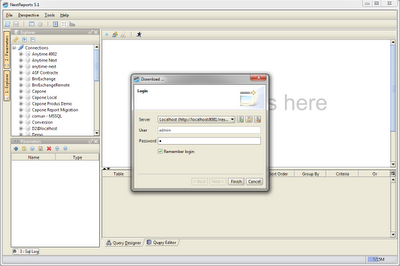 After authentication, a data source is locally created (if not found) with following name convention:
Designer will auto-connect to this data source and the report/chart is downloaded. If a report/chart with the same name exists, user is notified: 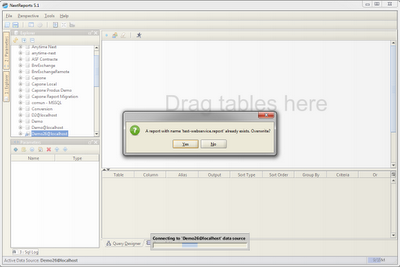 After downloading, the report/chart is automatically opened and user can start to edit it. When user saves it, a confirmation is needed to publish it also on the server: 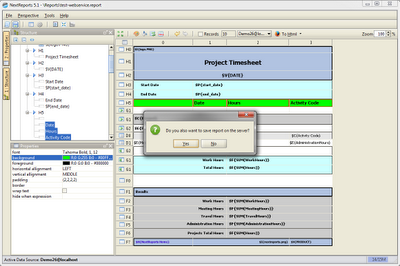 Server 'Edit' action will launch an url request like:
This can also be a simple  method to pass to someone a report to edit. If that person can access the report (has the needed rights) you do not need to tell him the server, location and let him download the report, modify it and publish it back. You just give him an url.

Specified version is used to open the needed designer which has the same version as the server avoiding following situations:
This is done by a dispatcher(installed with the designer) which is launched by nextreports URL protocol shell command.

If the designer with that version is not installed, user is informed and he can download the correct version from the links shown with the message:

If you are a Linux user, you do not have a dispatcher to start your needed version of NextReports, but you can register your nextreports url protocol with following commands: