In an older post we described what an External Drill is. What is not told there is that in  "Integration Settings" there is a property called "Drill Url". This is the base url used by all external links.

So we can set it for google web site:

Then, when we define an external  drill, we can put the relative url, in this case a search query for google site: 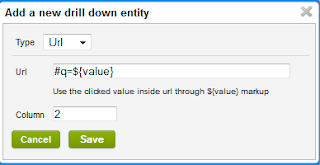 If no "Drill Url"is set inside "Integration Settings", the full url must be provided.

This means that inside our widget, when we click on second column (Employee):

we will be redirected to a page with the results from google search: 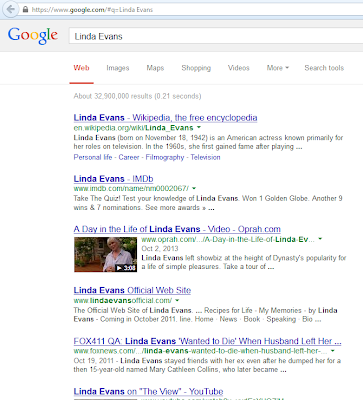 NextReports: Some new things in 6.2 version

Cell formatting conditions allow to format that cell using an arbitrary expression value. Till now, only the value from that cell could be used. 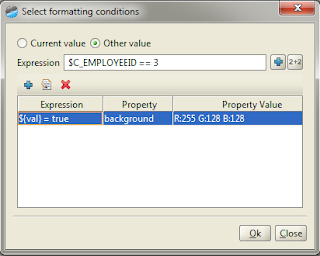 You can see from the image above that user can choose between "Current value" of the cell and "Other value" which allows to enter an expression using any other report layout entities.

Report Layout can contain functions inside headers. Till now, functions could be added only in footers. So a rewritten Timesheet report for our demo will have the following layout : 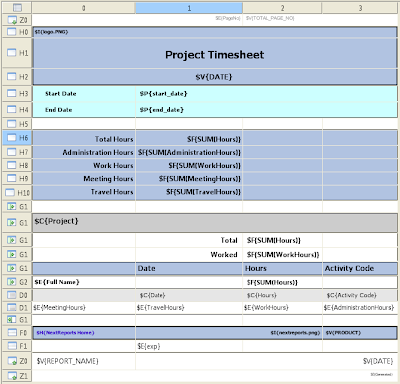 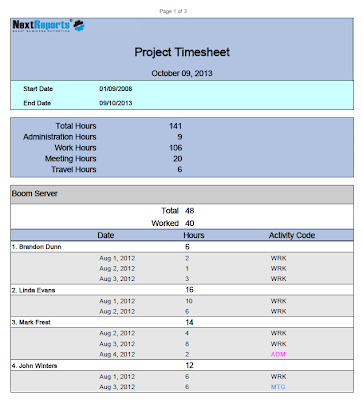 Server Alert definition can contain inside mail body the actual value for alarm or indicator. This must be specified through ${val} template string: 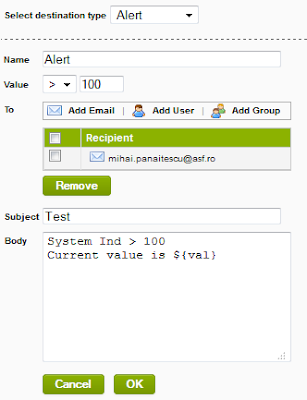 NextReports in an open source project!

NextReports Engine is found at https://github.com/nextreports/nextreports-engine. You can read the README to find how to build the engine.

Programmers can use maven now to get NextReports engine in their projects:
A change was done in refactoring sources from com.asf.nextreports.* to ro.nextreports.*

NextReports Designer is found at https://github.com/nextreports/nextreports-designer. You can read the README to find how to build and run the designer.

NextReports Server is found at https://github.com/nextreports/nextreports-server. You can read the README to find how to build and run the server.

Also, when upgrading you must know the following. If you need some older version history for your reports, please keep a copy of your server data before upgrading, to be able to download that version from repository using older NextReports Server. Because refactoring was needed for open source, in the new version you cannot see the older version history of your reports. As a best practice install the new version in other folder and set your server to connect to a copy folder of your repository.

We kept on NextReports site , as always, native installers for Windows and Linux and demo samples for integration.
Posted by Unknown at 04:07 No comments:

Today someone needed to add a line break inside an expression, and to see the result inside different formats like HTML, PDF, RTF, EXCEL.  This means the line break must be considered even if the column width is big enough to fill the entire text on a single row, so "wrap text" property is not useful in such situation.

For HTML , adding a simple <br> tag does the trick. An expression like


will show the expression from a cell with the needed line break:

But for other formats like PDF, RTF and EXCEL the solution was not so obvious. Trying with "\n" had no effect. The needed character was the unicode representation for line feed: "\u000A":


This works for all three formats: